Europe at Our Doorstep (This I Will Miss 3)

June 08, 2010
Europe has been at our doorstep these past two years. Last weekend we visited Paris, the City of Light. This may surprise but in a sense Paris is an American city: it was constructed according to plans, is not organically grown like other European places, which spread from a medieval core of small, narrow streets, in some cases from a handful of cores.

Paris once had a heart like this, but the old Paris was razed in the 19th century. Modern day Paris is a wide expanse of tree lined boulevards and monuments, beautiful to behold and majestic, yet sterile, accessible to the mind, but not to the heart. Compare this to Rome, willing, sensual Rome which lays itself at the feet of its visitors. Compare it to London, crazy and eccentric, a free for all (or at least for those who ask).

There are a number of cities on my "Places to see before we move back to California"-list, but time is running out. We'll have to come back - to visit. Should we ever live in Europe again, let's make it London. Or Rome. 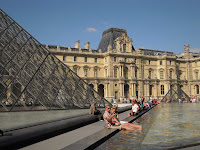 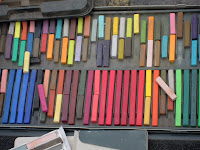 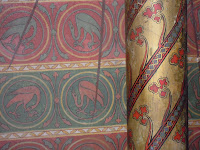